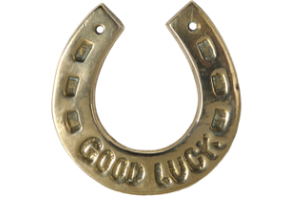 I consider myself a very lucky person. Sickeningly so.  I’ve never broken a bone in my body, never experienced a major tragedy, I’ve never faced extreme hardship.  I was lucky enough to have an incredible upbringing, with wonderful parents… I consider myself lucky to have an older brother who helped me develop a thick skin – and a younger sister whose mere existence made me strive high, to lead by example. I could go on… friends, health, work-experiences, travel… Australia. Lucky, lucky, lucky, lucky, luck.

Sometimes I labor over the detail & depth of luck; even the role luck has played in my existence here on the planet today – Like don’t you think I’m lucky that my mother (my mom), born and raised in Rhode Island, USA, decided to pack-her-bags after college & go (pretty severely ‘against-the-flow’) to Australia to do a year of ‘exchange teaching’ … which (by a stroke of luck) led to her meeting the love of her life, & the future father of her children. Imagine she chose to teach in the USA instead of coming down under… I wouldn’t even BE here, I mean, God Bless America for the ‘gap’ year!*… That’s luck!

Then there was the time I met Ryan Gosling in New York City, as luck had it.

So, then, why haven’t I won the lottery… If I’m SO, apparently sickeningly, lucky?

In his book “The Element”, Ken Robinson discusses that “An interesting indicator of our basic attitude is how we think of the role of luck in our lives”. I never thought twice about my perception of ‘luck’ until I read his book and this quote in particular. After understanding it a little better through his book, now I just feel lucky that, for whatever reason, I have always viewed my world in this way.

Since uncovering this theory I’m now even trying to turn bad-luck good… like thinking “if I step on chewing gum there must have been a reason for my stopping to remove it; a sliding doors, serendipitous scenario that means my day will be better, if it runs 13 seconds later than it was going to”. Its interesting!

Would you agree with the thought that luck (good or bad) is a result, an outcome, of how we view things?

Do you feel lucky?

*Special thanks to my beautiful Mom for extending her ‘gap year’ to 30 years in Australia for the love of her life & the family she made with him.