The word organic gets thrown around often these days. While it may seem like a buzzword, the term actually does denote a specific method of food production that uses significantly less chemicals than conventional methods.

How Conventional Food is Grown

Conventional food is grown using chemical fertilisers and pesticides. Animal products are raised with the use of antibiotics and hormones. These represent technological advances that have enabled for the production of more food at a faster rate, and with reduced demand for human labour. 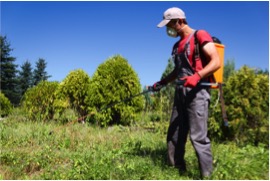 For example, plant output can be greatly increased by the use of synthetic fertilisers. Chemicals sprayed on the produce such as RoundUp, also known as glyphosate, kill weeds and this helps to eliminate the need for pulling weeds by hand.

In the case of animal products, hormones can help to speed up growth and maintain milk production. Antibiotics fight infections that the animals might suffer from due to poor feeding and being penned in cramped conditions.

These technologies do not come without a cost. The toll on both environmental, animal and human health cannot be ignored.

In order to be considered organic, food must be grown without the following:

Instead, organic farmers often employ other techniques such as crop rotation to maintain soil quality. Different crops use different nutrients to grow and replenish others in the soil. By rotating plants produced in a given field, both the soil and the crop is benefited. 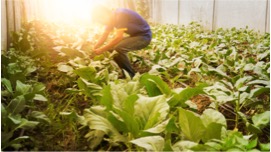 Another common practice is to use organic fertilisers such as compost in order to bolster the nutrient sources in the soil. Organic farmers may also employ the use of beneficial bugs to control the populations of harmful insects that may cause damage to crops. The use of ‘cover crops’ like rye and barley also help to replenish soil nutrients and to bolster beneficial bug populations.

Organic meat is raised in much better conditions in order to prevent the levels of infections that antibiotics treat in conventionally-raised animals. Standards also require that these animals have access to the outdoors and natural sunlight. Organic animals are typically grass-fed and free range, which means that they are allowed to roam.

Each country has its own methods for certifying organic produce and animal products. In Australia, third-party certifiers such as Australia Certified Organic work with the guidelines established by the Department of Agriculture and Water Resources and the USDA to ensure compliance.

The amount of chemicals used in conventional farming wreaks havoc on our environment. These chemicals become embedded in the soil and affect our water supply. Studies have indicated that the chemical runoff has caused genetic mutations in fish, frogs and birds – often making it impossible for them to reproduce.

Antibiotics in the meat we eat and milk we drink can contribute to antibiotic resistance and compromise our gut health. This happens because the beneficial bacteria in our digestive tracts is killed off by the antibiotics we are exposed to.

We also ingest the chemical residues on produce. While the exact nature of the effect this has on the human system remains unclear, there is more and more evidence linking inflammatory conditions and digestive disorders such as Crohn’s Disease to chemical exposure. The chemicals we are exposed to may also affect our reproductive health and be a contributing factor to increasing infertility issues in developed countries.

What You Can Do

To support the environment, animal welfare and your own health, the solution is simple. Buy organic. Many grocery stores now carry organic meat and produce. Be sure to check the labels to see how much of any pre-packaged food item is actually organic, from farm-raised organic salmon to the beneficial acai berry.

You can also support your local farmers by buying from farmer’s markets, or go directly to the farms. Some small farms may not have the money to invest in becoming certified-organic, but by asking a few questions about their farming practices, you can decide how organic their farm is.

Remember, anything you can do to reduce chemical exposure and to vote with your dollar can go a long way. 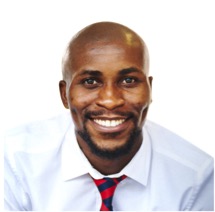 Shawn Fields is a health advocate and is currently working to become a nutritionist. He enjoys educating people about the health benefits of organic foods and currently writes for buyorganicsonline.com.au. In his spare time, he works out at the gym and enjoys spending time with his family.