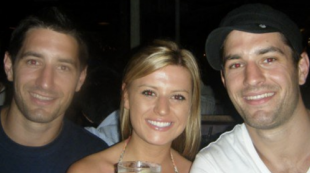 We all know ‘Ed’ from Big Brother… yes, that one who’s been labelled ‘Prince Charming and ‘Mr. Right’ by the girls and a ‘good lad’ by the boys. As if he doesn’t already have enough working in his favour, Ed also has a secret weapon on the outside, in the form identical twin brother, Nick Lower, who’s campaigning for Ed every step of the way…  he’s even started a TEAM ED Blog to support his little womb-mate (nawwww!).

There’s a lot of love for housemate-Ed, who seems to be both a genuinely nice guy and, someone who has, as Tony Abbott might awkwardly say, “a bit of sex appeal”.  With all this praise for Ed, one might think his twin brother just has to be the ‘evil-twin’, but as I learned in this exclusive interview, Nick Lower is every bit the loving twin bro… he even worries for Ed (and himself!), admitting he sits at home nervously watching his movements every night!

– When & how did you find out that Ed would be on Big Brother?

Well, I actually was second to find out this year, behind Ed’s work colleague Shaun who was in the car when he took the call. Ed tried out for BB in 2012 and got close to going on, so I always had a feeling there was a chance he could go on this year!

– We all know the game “shoot, shag or marry”. Watching the housemates this year who do you think Ed’s shoot (eviction gun), shag and marry are?

– Arguably, you know Ed better than anyone in the world – what do you think his motivations were for entering Big Brother this year?

To break structure of his normal life. After his footballing career ended prematurely, he was at a loose end as to what his next chapter in life held for him. Our older sister Milly pushed him to try out, suggesting he ‘may as well’ as he ‘had nothing to lose’. I’m certainly glad he did!

– What is it like watching your lookalike on Prime-time TV each night?

It’s nerve wrecking watching Ed on T.V every night, I’m always so worried he’ll do something to embarrass himself, or more so me, every time he enters the screen!

– Is Ed being himself on the show right now? If not, how is he different?

Ed is definitely being himself on the show. People have questioned his personality suggesting he is acting overly nice on purpose, but that couldn’t be further from the truth. In real life he is very caring and always considerate of others. Of course being on national T.V with cameras watching your every move 24 hours a day would cause most to hold back certain parts of their personality, although Tim may be the exception, but overall he’s himself.

– When Ed was getting a back massage from Jade, did you feel anything in your pants?

Haha not at all! Once Ed creates any type of relationship with a girl that’s more than a friendship, its over for me…

– What has life been like for you while your twin has been in The House (has anyone recognised you?)

Its been different. As the weeks have progressed I’ve been noticed more and more as ‘Ed’s brother’, the majority being teenagers. It seems as though he’ll have a number of girls after him once he’s out of the house!

– Have you thought about wearing an “I escaped from the Big Brother House” t-shirt for the time being?

I haven’t, but it could work in my favour if I did!

– What’s the one thing Ed would hope you’re not telling the outside world right now?

The one thing Ed would hate for me to tell the world is that he has an obsession with coloured laces. He always changes his laces when he’s heading out!

– On his BB profile Ed says “I was a really shy kid so if Nick was doing it, I felt safe to do it.”… what kind of wild and dangerous things were you doing Nick?

You’d have to ask our mum but apparently we were mischievous kids! We use to always look for adventures as kids, one of our adventures as toddlers lead to mum being banned form the supermarket!

– Ed describes himself as Fun, Loyal, Respectful. What are three words you would use to describe yourself?

I think I’d use the same words. It’s noted we are identical twins but I think our similarities are in our personalities more than our looks.

– Who can bench-press more weight, you or Ed?

I’d love to say me, but if we’re being honest Ed can at the moment. Playing AFL we actually do functional weights sessions other than just ‘beach weights’. As Ed cant run much due to his knee, the majority of his time is spent in the gym when he exercises. He’s certainly a strong lad!

– What do you think Ed will be doing in 5 years (multiple choice; hosting breakfast radio, hosting The X Factor, Other)

I’m not sure what the future holds for Ed, but I’d love to see him get a gig with Getaway, especially if he can take a plus one away on his trips with him!

– Are you “totes jell” of Ed right now getting all famous?

I’m certainly not jealous at the moment, more proud of him than anything. But once he’s out of the house and everyone wants to take photos and talk to him whilst I’m standing there on the side, maybe then I’ll start to become jealous of his new found fame 🙂

– The number one question every set of identical twins gets asked… have you ever duped a girl so you could both get a pash?

We haven’t to be honest. Once Ed sets his sights on a girl she falls off my radar, its vice versa.

Ed certainly is. Being the baby of the family and the one who moved away from home so young, mums always mothered him! In saying that though I wouldn’t call him a mummy’s boy, he use to call dad about 10 times a day when he first moved away!

Please join me in thanking Nick Lower for this interview. Wishing Ed lots of luck for Big Brother 2013! At the time of this publication Ed’s odds were 9-to-1 to take out the title outright. Who are you tipping will WIN? 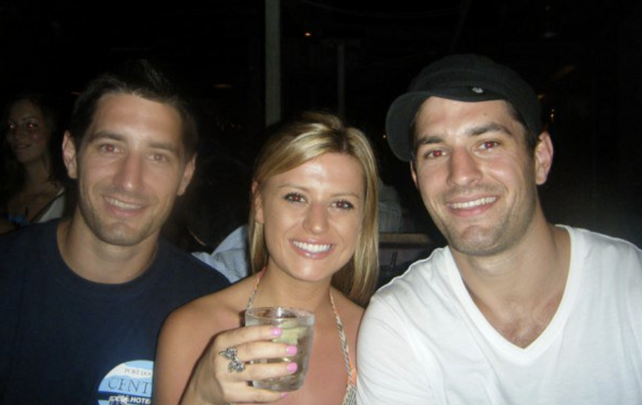 Nick, Milly and Ed (“in that order left to right”)