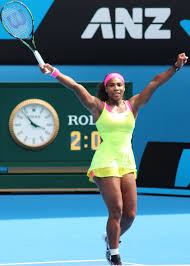 The sport’s fashion industry has taken on a bright new look. Along with a worldwide emphasis on health and fitness, comfort coupled with style has become the norm, both on the court and off. Inspiring tennis sport’s fashions provide fans and athletes maximum comfort matched with ease of movement. The variety of the latest styles and designs is, to say the least, impressive!

Today, active wear is worn almost everywhere. For over a century, looks have been adapting to the changing trends in the sports industry. This year, looks have taken on an altogether new appeal with a focus on sports styles that are practical and elegant, yet understated. Designers are left with opportunities to combine active wear with casual attire, allowing for a smooth transition between running errands and arriving at the tennis court.

Fashion On the Court

Some of the best examples of this transition are on the tennis court. Grand slam events are perfect for showcasing the latest in sports fashion. Sharapova’s beautiful red form-fitting Nike dress and Bouchard’s amazing pink set by Nike during last year’s Australian Open set the stakes up high for the rest of the 2015 Grand Slam season. It seems that tickets to the upcoming event are also selling quickly, through sites like Queen of Tickets, so this January will provide a fresh glimpse at the latest tennis styles trends.

Earlier this year, many sports fashions were not winners, however, as several fashion guffaws suggested during the French Open. A glimpse at some of the styles that failed places the focus on winning styles. Some of the sleekest looks were created by Nike, subtle colours, fabrics that moved naturally, and styles that were understated yet fashionable. During the French Open, Serena Williams, well recognized as a trendsetter, looked especially chic in the modest attire that she endorses. Also understated, Aga Radwanska wore simple yet flattering tennis outfits. Other styles, such as designs from L’ETOILE Sport, and the Denise Cronwall Activewear Collection, capture the same sleek, understated look that is currently trending. Ralph Lauren, Adidas, Fila, Lacoste, and EleVen, a popular brand that Venus Williams re-launched in 2012, are also favorites on and off the court.

Fashions off the Court

Off the court, many of the latest styles are equally noteworthy. In past years, wearing sports gear out into the public sector was considered a major fashion mistake. Today, however, wearing the latest in gym-wear is not only acceptable; it is viewed with utmost respect in both Australia and abroad. Street wear that included sweatshirts, khakis, and casual caps, has been replaced, or redefined, by combining sports fashions with some of the latest sports styles.

Today, both women and men are finding styles in fabrics and colours that are practical on the court and off. Get ready to check out the trending fashions at this year’s Australian Open and, get a firsthand glimpse of what works and what doesn’t. Moreover, it will also be exciting to see what is on the horizon for the coming year! 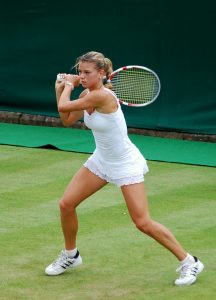