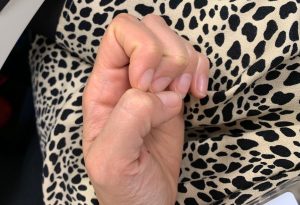 Ever since having my daughter two years ago I’ve literally practiced not feeling guilty. Practice is the operative word here… it’s just that, a practice, a disciple, something you need to make a concerted and repetitive effort to own… something you train for, something you get better at with experience and time. Lately, however, that last one has been wavering for me and guilt has been creeping in, finding cracks and making itself comfortable.

On the weekend I was talking with two friends about our mutual feeling of guilt for not having gone to our child care working bee. Interestingly we all had different and very valid reasons for not being able to make it (ranging from no sleep all night, to quality family time out of town and needing to sort admin and chores for the week) yet we were all feeling this huge pull of guilt for not being able to be there. It was weighing on us and our respective mindsets heavily. I found it so frustrating and upsetting that, knowing these women and myself as I do, we could be so consumed by parental guilt. Why does this guilt-thing grab us, make us feel less than we are, make us worry, make us question ourselves?

As a parent, I find the feeling of guilt manifests in new, clever and manipulative ways. Guilt around work life balance, around quality time, around development activities, around child-care drop off tears, around stimulation, around nutrition, around having a solid relationship with your partner as a point of reference for them, around not “putting your stuff onto them”, around community contribution, around living a fulfilled life (so they have a fulfilled mother!), around global issues awareness, around sufficient exposure to nature, the big wide world, a somewhat newfound guilt (for me anyway) about the state of the planet.
One of my friends spoke about her guilt coming from her mother not being very involved in extra curricular activities when she was growing up (she worked two jobs). The result for her is a cloud on her own role as a young mother now, and her perception of every challenge as it comes up (i.e. which lens she chooses it to view within). Fascinating. Her self awareness of this deeper issue is perhaps half her battle with overcoming parental guilt. I’m glad she’s thought about it to that degree. For my other friend said she finds herself comparing herself to others who perhaps appear to be doing more. She perhaps doesn’t feel good enough because she’s not doing it all. There is so much.

So, how do we own this guilt free parenting thing? Back to practice.

Practicing together…  for me, case in point, three of us mothers spoke about our guilt-feels together and felt better for it. Instead of stressing ourselves out and over-committing to yet another thing, we said no. Instead of competing on our hardship stories we told the truth and were compassionate towards one another – and helped psych each other out of guilt by reminding each other of our respective awesomeness (and how our kids are thriving).

I said to my girlfriends; “I think because of our general awesomeness and x-factor our kids are already ahead. So we have credits in the bank for sh*t like this without needing to feel bad. Our kids like us when we are chill and if that means we need Sunday to ourselves that’s the best decision we can make for our families. We are all KILLING it I’m telling you KILLING IT. Look how our kids are thriving. We could literally take a month off in Bali and they would still be ahead. We deserve a medal.”

We need to practice going easier on ourselves. Daily. A pending decision building a feeling of guilt? Don’t even need to think twice about it. Don’t give it the time of day. Don’t let yourself. Redirect your mind to a more productive feeling. There is SO much opportunity for guilt, if we let it consume us a little it’s going to grow arms and legs and have a seat at our dinner table. Let’s simply not going to let that happen. Let’s be in charge here.