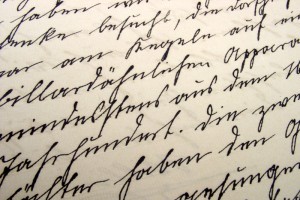 There is a theory that the personal change a woman goes through from the age of twenty to age thirty is the most significant shift she will go through in her entire life.  If I think about that theory for myself, it’s pretty spot on; I imagine my 19 year old self… fronting up to Uni for a measly 8-contact hours per week, with basic, yet optimistic views of myself and my world…

I don’t have a ‘facebook timeline’ to trigger my memory of a day-in-the-life back then (we were only on Myspace… Zuckerberg was still in high-school learning HTML in Information Technology 101)… but, from memory, I was basically cruising around town in my classic-box-shaped, golden, Toyota Corolla; smoking half-a-pack of cigarettes a day (… I know, I can’t even think about it now!) – belting out  ‘Crazy in Love’ by Beyonce on the car-radio.

I was rolling between check-out-chick shifts at Safeway, evening shifts waitressing at ‘Sofia’ Italian Restaurant & learning how to be a writer through a Journalism degree at Monash Uni. I remember I drank beer, lots of beer (it was far cheaper than ready-to-drink bottles or spirits, so my best friend and I ‘acquired’ the taste for the yeast and hops, as you do). At the pub the local group would go crazy for the hottest hits of the day… Aside from ‘Crazy in Love, there was ‘In da Club’ by 50 Cent,  ‘Ignition’ by R. Kelly – go on, think about them & get stuck them in your head for the day.

LIfe was good and everyone in a similar position knew we were teeter-tottering on the fine-line before the full responsibility of adulthood. It was looming in all its glory & although we were excited for the new-found freedom, we appreciated the basic, precious beauty of this rare time in life; we had heard from anyone who cared to mention it; we would never be able to rewind the clock to this time again.

Fast-forward one-decade later. Present Day – I’m 29; and although inherently the same ‘girl’… the change in “who I am” as a person is almost tangible. In ten years I’ve been molded, slapped & turned, like clay on a pottery-wheel, by; experiences, travel, people, dinners, mistakes, parties, deaths, births, work, relationships, chance-encounters, marathons, disappointments, yoga sessions, kisses, social media, love, books, world events… think about everything packed in every-day between 2003 and today; that’s a lot of shift-elements! You hope that ‘who you are’, inherintly, is strong, stable and not easily impacted by external factors, but over the course of a decade and through maturity; we naturally come into our own based on a combination of our Self and everything surrounding us. And here we are, today. Changed, shifted – so far from the 19 year old driving around town… (and yet she is me).

So, in theory… I agree with the theory on change from twenties to thirties (being paramount). Here’s the thing though, I’m pretty certain that the change coming up between 30 and 40 is going to give the last decade a fair run for its money with regards to scale of personal change… in terms of significance. You only need to look at all the fresh newborn-baby-pictures on your Facebook newsfeed to imagine the toddler & teen version coming to a newsfeed near you in the decade ahead!

Today, I’m writing an open letter to myself in ten-years’ time; to the 39 year old me.  I’m going to set a reminder in my outlook calendar for January 2023 just to come back and read it (you don’t have to wait that long though…)

I look forward to sharing it with you in Part Two of this post next week.

What would you say to your ‘future you’?