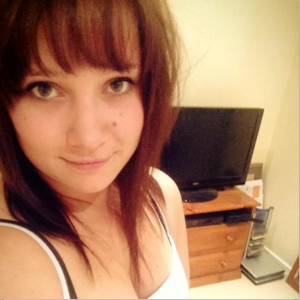 Last week, year-eleven schoolgirl Olympia Nelson sparked quite a debate around the good old ‘Selfie’, with over 5,000 Facebook-users ‘recommending’ her article, “The Dark Undercurrents of Teenage Girls’ Selfies”.  In her piece, published by the Sydney Morning Herald, Olympia discussed how “pouty self portraits have turned boy-girl relations into a cut-throat sexual rat race”.

Urban Dictionary (a crowd-sourced resource) defines a ‘Selfie’ as a “A picture taken of yourself that is planned to be uploaded to Facebook, Myspace or any other sort of social networking website. You can usually see the person’s arm holding out the camera…”

I sent Olympia’s article around at work – not because I work with a bunch of snap-happy teenage girls, but rather because I work at a social media agency (Thinktank Social). This is an interesting topic for us, as we literally have ’10 Tips to Nailing the Perfect Selfie’ posted on the wall in our office bathroom. As an agency, we get involved in most short-term social-media crazes such as The Harlem Shake & Baby Mugging, and we take part in standard social media behaviors like taking & posting ‘selfies’. We figure it’s all just a bit of fun!

I decided to pose the question of Selfies, survey-style, to my own social-network, and responses varied dramatically. It seems arguments for and against the humble-selfie are quite polarising. Who knew we felt so passionately about a self-taken image?!

On one side of the fence, selfie-haters lamented; “I find selfies the most blatant attention grabbing, self obsessed tool on the net. People who post a selfie are just fishing for comments about themselves to fix some sort of deep down insecurities.” Over the other side of the fence, selfie-lovers had a light-hearted view, “I’m mad for a good selfie. If I’m feeling particularly happy with the way I look I tend to snap one with the intention of looking back at them down the track for an ego boost.” One thing is for certain, a disconnect exists between why people ‘think’ others take pictures of themselves, and the reasons why people actually ‘do’ take & post pictures of themselves.

Just as any person’s individual reason for taking a photo of anything would vary significantly, so too does each individual’s reason for taking & posting a photo of themselves. It’s true that a stereotype is developing around the type of young woman who would position her body in a certain way to achieve the greatest possible angle and overall resulting image – but can we really assume that we know the specific reason why each unique person is taking and posting a photograph of themselves? Furthermore, can we assume an entire generation of young women take & post selfies for the exact same reason (to produce an epidemic of likes)? I’m concerned for any young women who are taking & posting selfies in a competitive sexual rat-race, but I’m also hopeful & confident that this is simply not the case; and each young woman has her own reasons for posting anything about herself.

Provided selfies are complementary to a wider social-media life story, not the sole purpose of one’s social or actual existence, I believe they are just another form of self-expression and sharing; another frame that adds to the story of who we are, who we want to be or how we want to be perceived – which is a personal choice. If ‘who we are’ is someone who would like to share how we look on a particular day, isn’t that just a little bit okay? It doesn’t mean you have to LIKE it 😉

What do you think of ‘selfies’ on social-media, should we be worried about dark undertones or is it all just a bit of fun?

(PICTURE: Featuring my very own sister Emily Jane Longano who thinks, “everyone takes selfies, you get the best camera angle if you do it yourself lol.”)