We’re always having encounters that are first impressions… dates, job interviews, meeting friends of friends – the list goes on. You may assume it’s enough to have something smart to say, but according to Albert Mehrabian, a professor that was particularly interested in the way we communicate and exchange verbal and nonverbal messages – it’s not that simple. When it comes to leaving an impression on someone, a stunning 55% of it is based on our body language, 7% are the actual words we say, and 38% is the way we say it. 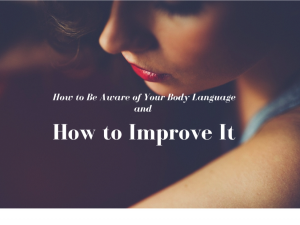 We all know our body language manifests spontaneously as it unwillingly reflects what we think and feel. But if our minds shape our body language, could it be the other way around? A Harvard study conducted by Amy Cuddy showed that it can: using your body language, you can feel better, communicate better, or at least – fake it ‘til you make it. In addition to words, we communicate through our posture, movements, our facial expressions, gestures, our gaze, and the overall physical appearance. Here’s how you can become a master of non-verbal communication.

Try to pull your shoulders slightly to the back, straighten up, and lift your chin a bit. When people bend their shoulders, it is typically a sign of insecurity or vulnerability. Watching someone’s shoulders during communication can tell you so much about the person you’re talking to. People that feel confident seem to dominate the space around them by spreading a bit: it’s something that’s been seen in the animal kingdom, too. These are the so-called “power poses” perceived as extremely attractive by other people.

Use your facial expressions wisely

When we engage in conversation with someone, we seek to get feedback from them. Typical signs of listening to someone include nodding, raising eyebrows or squinting eyes (they indicate a person is processing information), and of course – smiling. Smiling is the ultimate way to communicate non-verbally and it is very powerful. A dentist in Sydney pointed out the psychological side of having a perfect smile: it makes us feel more approachable, confident, and relaxed. These are all attributes that make others want to be near us. Make sure to energise your facial expressions to avoid looking uninterested or bored.

Hand movement should be an illustrative complement to what you’re saying. To avoid over-gesticulating, imagine a square box in front of you that is about the width of your shoulder. Your hand movement should be limited to it, although not at all costs. It’s ok to get excited and break this rule, as long as it’s just for a moment – not continuously through the whole duration of a conversation. When people get nervous, they tend to excessively flutter their hands. Calm your motions or put one hand in your pocket (if it’s a non-formal occasion), so you’re left with just one arm you need to focus on. 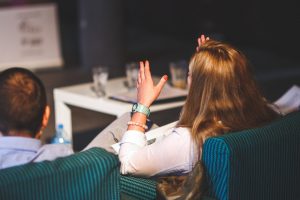 Looking at the person that we engage in a conversation with is not only a matter of good manners but also a necessary step towards successful communication. If you look away, you’re sending a signal you’re either not interested or bored. Gazing at someone could indicate attraction, so it’s rather effective when it comes to flirting, especially in combination with touch. Eyes can really give away a lot of information. 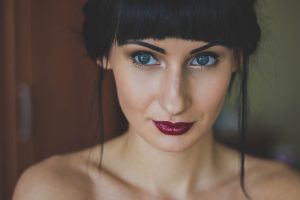 Crossed arms or frowned face, slouched sitting, bent shoulders – all of these indicate a defensive attitude or insecurity. If you don’t feel comfortable in a certain social situation, use your body language to appear confident. In case you don’t seem to find a way to relax, try mirroring your interlocutor’s body language: it is also a great way to be proactive about bettering a connection with someone, as it’s something we subconsciously do when getting along with a person.

Mastering non-verbal communication is a skill that will help you in any given social situation. It can mean a difference between a landed interview and a sad return to hunting for a job or a successful date and another lonely night with Chinese takeout!