I don’t have kids. I certainly hope to some day, but right now – I’m  one of those (relatively speaking) self-centred folk who are just surrounded by people falling pregnant, announcing pregnancies, trying to get pregnant, having babies, posting pictures of babies, posting pictures of toddlers, posting pictures of growing kids and then… announcing second pregnancies (and so on). I ask my friends about ‘becoming a parent’… trying to play Sherlock Holmes in unraveling the mystery of how life changes inside-out, upside-down once ‘the miracle of life’ begins inside of you. Most people take a deep breath and cast their mind back to life BB (before baby) and then give me the advice to “make the most of YOU time while you have it”… something about the fact that there are relatively few minutes that don’t belong to you after giving birth. So I do. I make the most of ‘me’ time and I try to savor it, so I can look back one day, take a big deep breath and then get back to work. I bid the beautiful mums farewell in the cafe (leaving them with their routine and equipment), and I go to yoga, go for a walk, see a movie by myself, write a blog. First world self-love, while I have time on my hands.

Aside from the questions I have around the change to time availability and body ownership & mobility… I’m quite interested in how parents get out and about for a night on the town when they have the opportunity. A friend of mine told me she was launching a new initiative called ‘PartyParents’, a planned night out for parents who still love a party. I was intrigued to learn more…

What was the thinking behind ‘PartyParents’ as an event concept?

The idea for the event came about as I have turned 40, have two kids and am not ready to hang up my dancing shoes yet – in fact, going out dancing was/is one of my favourite pastimes! But the question of where to go, for myself and my friends, was always the toughest one – as we had no idea where to go anymore, don’t want to party with 20-year olds and want to know the music! I reasoned that there must be other parents out there like me and roped in my fabulous friend Max (who used to be on the Bobby McGee’s Marketing team with me) to make the dream a reality!

Do you think parents often opt for staying home or hanging out at each others’ houses because the ‘going out options’ seem too hard or unfamiliar?

From talking to my friends and mums at the school gate I definitely think they would go out dancing every now and then if they knew where to go and that it was going to be a fun night out. It’s just easier to stay in or go out for dinner so that’s why people choose it. Of course, Dads are a different story – I am sure we will get a few dancing Dads but it will be a heavily mum-skewed crowd!

What makes you think that parents of today are way funkier than their own parents were at that age?

It’s not that we’re funkier – it’s just that they grew up with the expectation that you get married (generally relatively young), have kids, buy a house, be responsible and do all the things that were expected of parents back then. I hadn’t had children until I was in my thirties and was still partying my way around the world until that point! There are a lot less expectations of what makes a typical parent these days so I can go out dancing with all my mum friends and people don’t look at us like we’re weird.

Often times when parents do have a chance to party they go all or nothing, having a huge time but perhaps waking with sore heads and promises to never (ever) do the same again… Do you think the PartyParents event can help make more fun more often, as opposed to the bigger blow outs?

There will always be those parents, as outings are so few and far between and we generally handle alcohol a lot worse than we used to! But we feel, with PartyParents that they will always know there’s another on the horizon and that they will have something to look forward to so don’t need to drink like it’s their last night out ever.

If you’re putting Party Parents on three times a year, what’s the hope you have that parents will feel about the opportunity?

What we’re hoping they’ll feel is that they belong to a wider community of parents who still want to get out and have a ball and that they will begin to make friends with each other and catch up outside of PartyParents. I also personally feel like getting out and having a good dance keeps you young – if I wasn’t going out I would be home in front of the TV every night and would feel like I had given up on life somehow.

Okay, now to the nitty gritty – what type of vibe will the PartyParents event go for (what kind of music, style?)

Fun, warm welcoming atmosphere, Music will be all the stuff we used to go out and dance to – 80’s, early 90’s – every song will make you want to dance as you know and love it!

Are you worried about the risk of creating a facebook event that goes viral and out of control like ‘Corey’s’ suburban teen-house-party… but yours ends up with parents going wild planking, Nek Nominating taking selfies of doing the Harlem Shake (or is this not a concern?!) *joke question but interested in your answer on what you do foresee will happen.

It’s tickets only, no door sales so we can definitely control it is people turn up without a ticket! As for planking, as long as it’s not dangerous we don’t mind and we hope it goes viral! As this is the first event of its kind we are currently panicking that we won’t sell enough tickets!!

Will the Party Parents be a social-media-free-zone or are people able to capture and post images of partying parents as they wish?

Parents will be fine to take pics of themselves and their friends – but that’s it. We don’t think this will be a problem though, as parents are acutely aware of the perils of social media (after worrying incessantly about what their kids are doing).

Would you consider allowing ‘the kids to dress their parents’ for an upcoming PartyParents event?

No way! This is a night for parents – to get dressed up and look and feel fabulous! We could just imagine what some parents would turn up in given how kids dress these days – bum of your jeans hanging to the back of your knees anyone?

Are you looking forward to bringing back Studio 54 vibes or starting something new and completely different to anything that’s currently out there?

We definitely will be doing a fancy dress party once a year so Studio 54 could definitely be an option. And we feel what we will be offering is completely different to what’s out there as this is a safe, friendly, welcoming environment for parents to come out for a party free from all the usual bar & club associations.

Can you tell me what your kids say when you tell them “Mummy’s going out to party ok?”… I’m quite interested in the response!

To Alli, her 3 year old and 7 year old say ‘Mummy you look pretty’ and ‘Have a good time’ and Max’s nieces tell her to ‘Rock it out!’

If you’re interested in hearing more, check out the website (including details of the Launch event in Melbourne Saturday the 22nd of March 2014.) 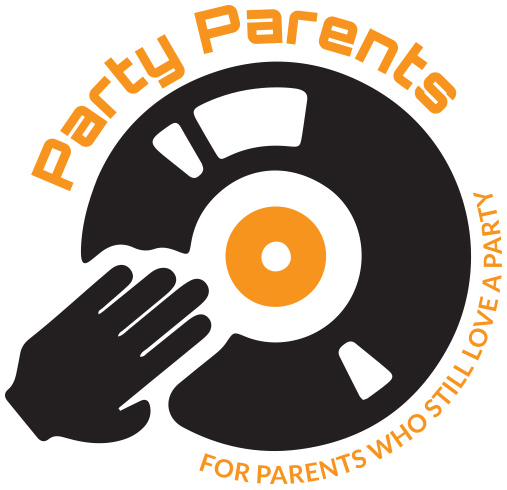