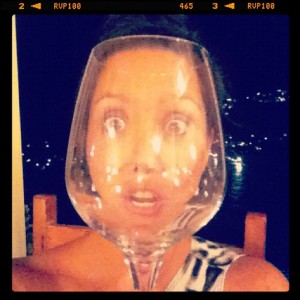 A few of you have taken the time to read my recent bali-detox-retreat experience blog… which is a good starting point for this post if you like, because it was my main motivation to stop drinking in the first place. Initially, back in December last year it was a pre-requisite of the detox retreat to have a few ‘clean-weeks’ beforehand, you know – to make the most of the program, but I never expected what happened next…. Sorry – that’s like a bad line on a social-media-post that forces you to click to read ‘what happened next’ – but it’s completely true here, I absolutely never expected what happened next which was, on returning from my detox retreat, little or-no-desire to get back on the wagon (or is it fall off the wagon? I don’t think Seinfeld and George ever agreed on that) Either way you know what I mean… I never expected to come back from the detox and stay off the grog, it wasn’t part of the plan. Don’t get me wrong, I hadn’t planned to go all alco-crazy, a-la Wolf of Wall Street meets Lindsay Lohan party-town… but I had just assumed I’d ease back into my normal routine, and Pinot would be popping up here and there, but it just hasn’t.

It might not seem like a big deal to some, but then again, I know I had some gob-smacked people chatting to me at hen’s parties, weddings and engagements proclaiming they could never (ever) attend such events without drinking… which got me thinking – how was I getting through it (relatively pain-free), when I was someone who might have previously thought this way? I’m not flying the flag for giving up drinking permanently (I personally am not planning to but never say never) but just talking about the goodness that a decent, really decent, break from alcohol can bring.

How & Why I’ve kept the lid firmly-on the vino and vodka for three-months… For me I found that;

–          Events and small dinners without drinking are still fun, so there’s no real feeling of “getting through it” or slogging it out if you embrace the true elements that make an event fun, meeting people, eating, dancing, eating, catching up with friends, eating eating eating.

–          After a few weeks under the belt, I wasn’t ‘craving’ a Friday-afternoon-drink for that release feeling, the release feeling was coming in other ways, through new things, which I seemed to have more time and energy for.

–          The over-arching benefit of ‘a few weeks off’ starts to change the way you think… my mind gravitated towards what I’d do with the extra hours and energy that came in abundance sans hangovers – I was more excited about the good stuff, that I didn’t feel a sense of ‘missing out’ on drinking.

–          I could not possibly ignore the physical benefit. Whether it was the extra energy, sharper thought, reduced anxiety, physical change in body-fat percentage (dropped at least 5kg), propensity to crave natural foods over processed foods… all of this was adding fuel to my sobriety-fire… and I couldn’t get enough. I’ve done one-month stints off alcohol before (usually one a year, during Feb-Fast or dry-July), but never seen anything like what I’ve seen with the three-month-effort. It wasn’t just me, every-second-person in my life noted how, outwardly, I was looking way healthier (skin/eyes/vibe). Oh that felt better than any cocktail, honestly. It’s hard to order a vino when you’re just feeling so damn good about how ‘not’ ordering vinos lately is making you feel.

I’m going to be upfront, I experienced some downside (it wasn’t all beer & skittles) and I’d like to share it;

–          When out for dinner or events I tended to get more tired more quickly (i.e. I was ‘done’ by midnight when I might have otherwise partied til 2am)… I can’t explain this except perhaps for the fact that you’re more aware and therefore feeling feet aching and listening to the cues of your body telling you to sleep.

–        When it came to split-the-bill I often had to cop an evenly-split-bill with the drinking folk, unless someone noted “you didn’t drink you shouldn’t have to pay equally”, which, funnily enough was usually pointed out by someone else who was sober. This wasn’t a biggie but worth noting, because I’ll definitely pay attention to that now on if there’s a non-drinking person on a dinner table and we’re splitting the bill.

–          It’s hard and gets annoying when people try to twist your arm (and I feel their arm-twister’s pain here because I’ve been that person… just encouraging everyone to get on board for a big one because, well the more the merrier) – to get through this, I found that keeping the ‘not-drinking-tonight’ reasoning short and firm worked really well. This is a funny one, why should you need a reason or an excuse to say you’re not drinking but whatever – it’s the way it is sometimes – so something like “I’m in training for an upcoming thing and so I’m up at 8am tomorrow, there’s absolutely no chance I’m drinking tonight but I’m still keen for a good time – you want some food?”. Quick subject change and bang, tipsy-Tina soon stops twisting your arm and joins you in canapés. No problem.

So I didn’t want my first ‘drink’ to be some highly celebrated and important thing…. It just happened one night among friends, at 9.30pm after being out for dinner I thought, now would be a good time to have my first glass of wine in three months. I drank it, there were no fireworks or, conversely, all my physical and mental health improvements didn’t unwind that instant… but I just got super-tired really quickly and headed off to bed. That was two weeks ago, and I haven’t had another drink since. Not sure where-to from here but, for the time being I’ll lap up the goodness that I seem to be feeling and, just enjoy this little glow I’ve created for myself, it feels good and I’ll just cheers to that 🙂