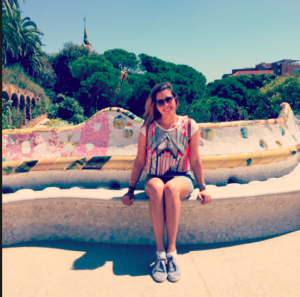 I’ve been lucky enough to spend the last two weeks in Spain. From Barcelona to Ibiza, San Sebastiàn, Bilbao and, finally, Oviedo. Spectacular. It’s not my first time in Spain, having visited five-years ago, but it’s a different experience for me this time… which is one of the great rewards of travel – observing the change in your Self, parallel to the change of a city or place since a previous adventure.

Through my travels this time, I’ve taken note of some ‘ways of life’ in Spain that have struck me as really interesting, and – to me – quite different to way of life where I’m from. Of course cultural nuances are numerous and varying in degrees of difference from continent to continent and country to country… but these particular elements stood out to me, for recognition and discussion because they begged the simple question, Why Not?  It’s not about ‘who does it better’, but about what we can observe, learn and consider for ourselves.

#1 Age equality.  Put simply, there doesn’t seem to be much discrimination when it comes to age in Spain. Whether it’s three men in their seventies enjoying a drink with the utmost confidence at the coolest bar in town, or two women in their sixties sharing gossip over gelato on the beach, whilst wearing their new season swimwear collection… people don’t seem to feel the impact of aeging in a way that alters who they are or what they do. They don’t question their age-appropriateness (why would they) and the entire community, at every age, embraces that accordingly. It’s tricky to explain in words except to say, it seems totally cool to be older in Spain. This age equality doesn’t only go upwards to people getting older, but applies to the youth, which you’ll see in #3.

#2 The family stroll after dinner. This was one of my favourite observations of Spain. After dinner, it’s traditional for families to take a walk together, slowly and calmly just pacing it out – shooting the breeze. It’s called “el paseo”.

This is something I’m committing to doing when getting home… at least once a week – TV off, walk out the door (ideally with someone) for a slow stroll after dinner. Not for exercise, not for any other reason than to just be.

#3 Kids out late.  Initially, when I saw bubbas and toddlers out with their parents, grandparents and broader families past 11pm my automatic reaction was WTF. This is why I love travel, it forces you to think outside what you know, pushing you to understand and accept what makes things tick in other realities. Kids are out late in Spain, they are considered equal with an equal ‘home-time’, so they are out with their families, their grandparents, aunties and uncles – experiencing night-time, and this is standard, not the exception. It was really interesting, and different for me, to see young families being themselves into the late hours… kids along for the ride, keeping the pace or passing out asleep in strollers, dead to the world – yet not affecting the plans for the evening. Importantly, no one was judging anyone for having a baby or toddler out late (sometimes very late)… if the kids were tired, they slept, and the world kept turning.

#4 Hello and Goodbye, Elevator Etiquette. I must have been in 30 elevator-trips in Spain and noticed, every single time, any Spanish person getting in the elevator would make eye-contact and say hello, and any Spanish person leaving a n elevator would make eye-contact and say goodbye. This is the way it’s done, you wouldn’t get away with anything less or you’d be considered rude. Elevator politeness is always on my radar anyway – I love watching the awkwardness as momentary strangers navigate through whether to smile, phone-check, mirror check, floor-watch… I like the Spanish way, removing any awkwardness and having one rule, to simply be polite (they go back to their iphone or floor watching or whatever – but they acknowledge and greet the other human life-forms in the miniature space they are sharing, and move on). It’s nice.

As I’ve written this piece I’ve realised the connection between each of these ways of life, and that is really a strong sense of community and togetherness. It is undoubtedly pleasant. Thanks for the 2014 adventure Spain, enjoyed this Spanish Summer so much, and very much looking forward to when we meet again, when you are older, and I am older – but we’re both still cool 🙂